A Tour Around The History Of Benue State
Back to Home 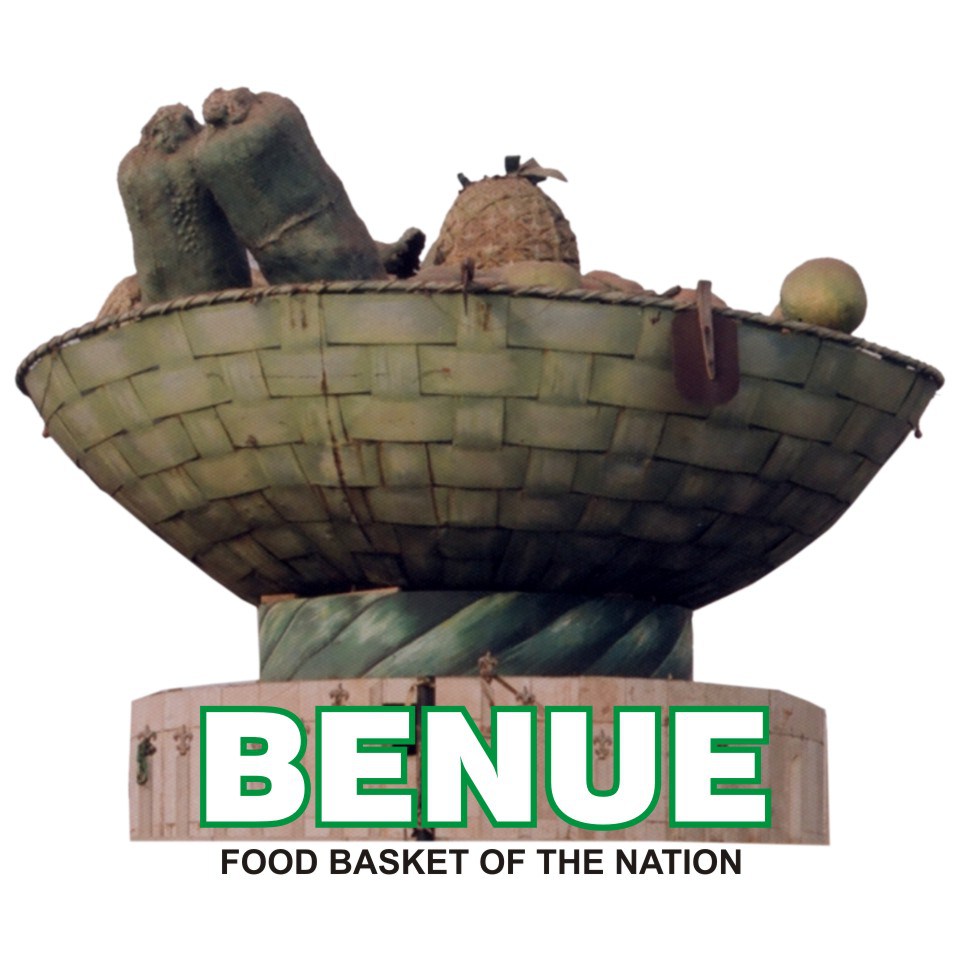 Location: The state’s geographic location in the country is quite unique: it lies roughly in the middle of the country and shares boundaries with six other states: Nassarawa to the North, Taraba to the East, Kogi and Enugu states to the West and Ebonyi and Cross-River states to the South. It also shares an international boundary with the Republic of Cameroun on the South-East. Benue state has a landmass of 33,955 square kilometers and lies between Latitudes 6.5° and 8.5° North and Longitudes 7.47° N and 10 East. State Capital: Makurdi, the state capital was established in the early twenties and gained prominence in 1927 when it became the headquarters of the then Benue Province. Being a river port, it attracted the establishment of trading depots by companies such as UAC and John Holt Limited. Its commercial status was further enhanced when the Railway Bridge was completed and opened in 1932. In 1976, the town became the capital of Benue State and presently serves also as the headquarters of Makurdi Local Government Area. Climate and Vegetation: Based on Koppen’s Scheme of Classification, Benue State lies within the AW Climate and experiences two distinct seasons, the wet/rainy season and the dry/summer season. The rainy season lasts from April to October with annual rainfall in the range of 100-200mm. The dry season begins in November and ends in March. Temperatures fluctuate between 23 – 37 degrees Celsius during the year. The south-eastern part of the state adjoining the Obudu-Cameroun mountain range, however, has a cooler climate similar to that of the Jos Plateau. The vegetation of the State consists of rain forests which have tall trees, tall grasses and oil palm trees that occupy the state’s western and southern fringes while the Guinea savannah is found in the eastern and northern parts with mixed grasses and trees that are generally of average height. Benue’s topography is mainly undulating plains with occasional elevations of between 1,500m and 3,000m above sea level. The state’s main geological formations are sandy-loam shelf basement complex and alluvial plains. These together with its location in the transition belt between the north and south ecologies and a favourable rainfall pattern account for its support for a wide variety of crops. The People: The state comprises of several ethnic groups: Tiv, Idoma, Igede, Etulo, Abakpa, Jukun, Hausa, Akweya and Nyifon. The Tiv are the dominant ethnic group, occupying 14 local government areas, while the Idoma and Igede occupy the remaining nine local government areas. Most of the people are farmers while the inhabitants of the riverine areas engage in fishing as their primary or important secondary occupation. The people of the state are famous for their cheerful and hospitable disposition as well as rich cultural heritage. Traditional and Chieftaincy Institutions: The Benue state government accords high respect for the traditional rulers in recognition of their role as custodians of culture and as agents of development. In order to enahnce their contribution to governance, government has established a three-tier traditional council system made up of local government area traditional councils, area traditional councils and the state council of chiefs. The local government (area) traditional council is made up of district heads in a local government and is headed by a chairman who is a second class chief. The two area councils are the Tiv Traditional council and the Idoma Traditional Council. The former is made up of all traditional rulers in the fourteen Tiv-speaking local government areas with the Tor-Tiv as the Chairman, while the latter is made up of nine Idoma/Igede-speaking local governments and has the Och’Idoma as the Chairman. The state council of Chiefs has the Tor-Tiv V, His Royal Majesty, Orchivirigh Professor James Iorzua Ayatse as chairman with His Royal Majesty Och’Idoma IV, Agabaidu Elias Ikoyi Obekpa and all second class chiefs/chairmen of the local government traditional councils as members. Mineral Resources: Benue State is blessed with abundant mineral resources. These resources are distributed in the Local Government Areas of the state. Of these mineral resources, only limestone at Tse-Kucha near Gboko and Kaolin at Otukpo are being commercially exploited. Natural Resources: Benue State is the nations acclaimed Food Basket because of its rich agricultural produce which include yams, rice, beans, cassava, potatoes, maize, soya beans, sorghum, millet and cocoyam. The state also accounts for over 70% of Nigeria’s soya bean production. Agriculture is the mainstay of the economy, engaging over 75% of the state farming population. The State also boasts of one of the longest stretches of river systems in the country with great potential for a viable fishing industry, dry season farming through irrigation and for an inland water highway. The vegetation of the southern parts of the state is characterized by forests, which yield trees for timber and provide a suitable habitat for rare animals. The state thus possesses potential for the development of viable forest and wildlife reserves. Culture: Benue State possesses a rich and diverse cultural heritage which finds expression in colourful cloths, exotic masquerades, supplicated music and dances. Traditional dances from Benue State have won acclaim at national and international cultural festivals. The most popular of these dances include Ingyough, Ange, Anchanakupa, Swange and Girinya among others.